On Thursday, Reception went out for a Woodland Walk. Our task was to find signs of Spring. We all had a checklist. We found flowers such as dafodils, buttercups, daisies and tulpis. We found lots of insects. We found a ladybird house, a beetle and a worm. There were some nests in the trees. We also looked closely at seedlings and buds using the magnifiers. We didn't find a squirrel. We think the squirrel was hiding because of the noises. 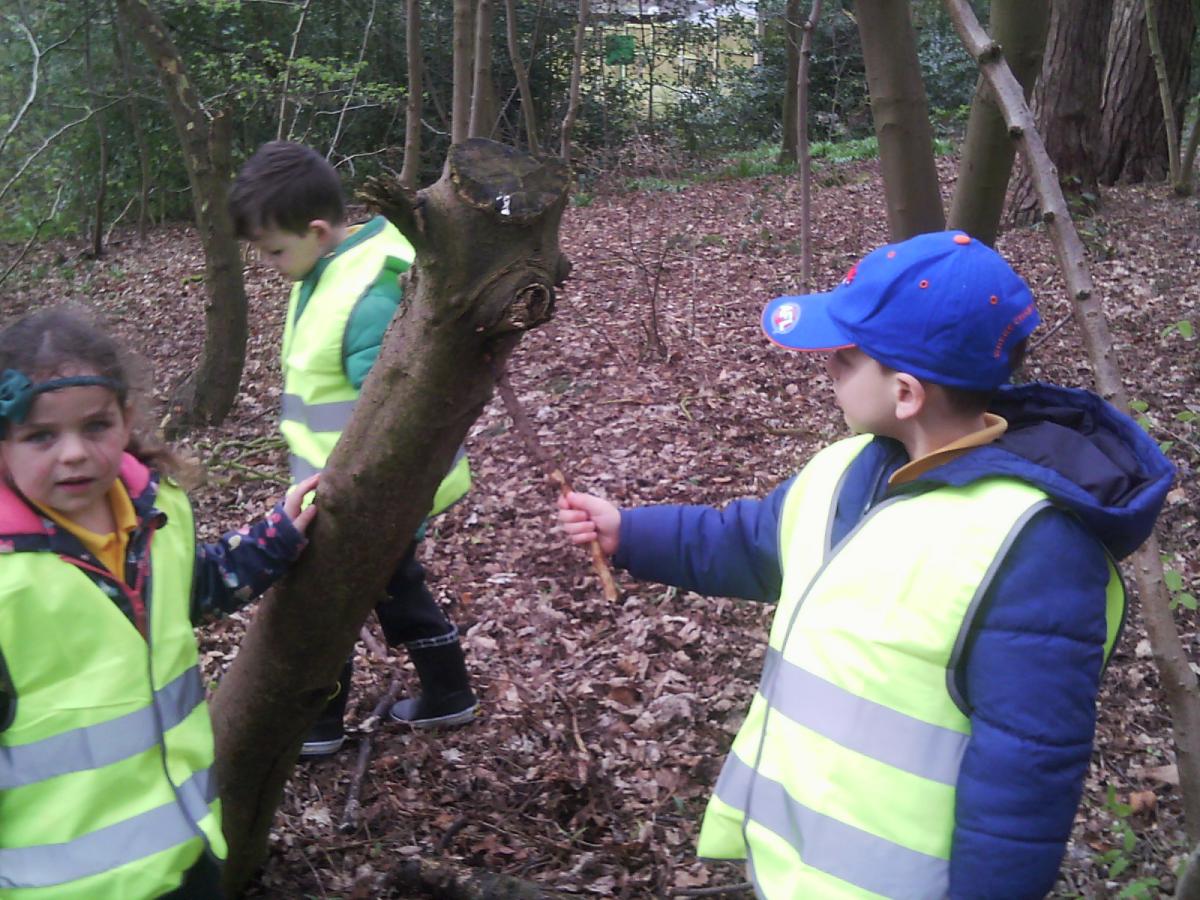 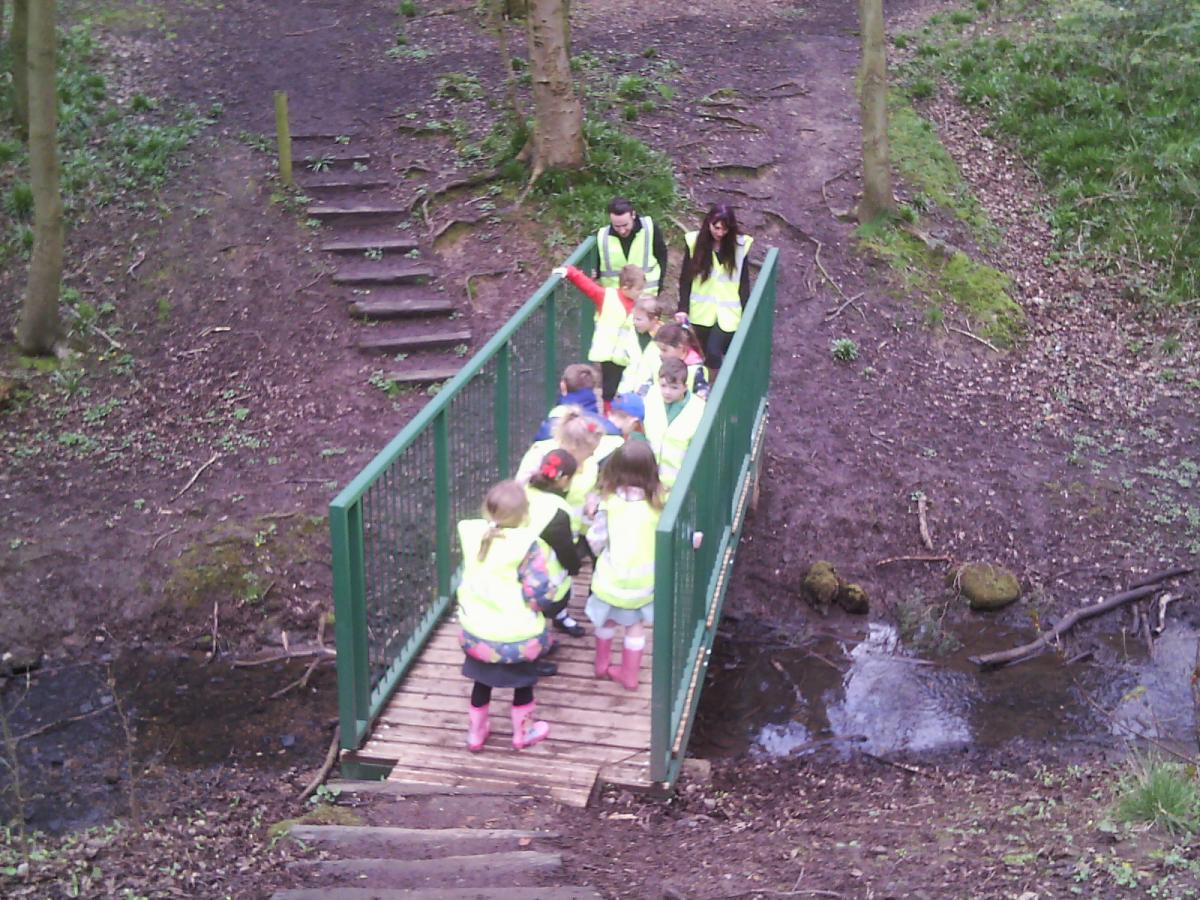 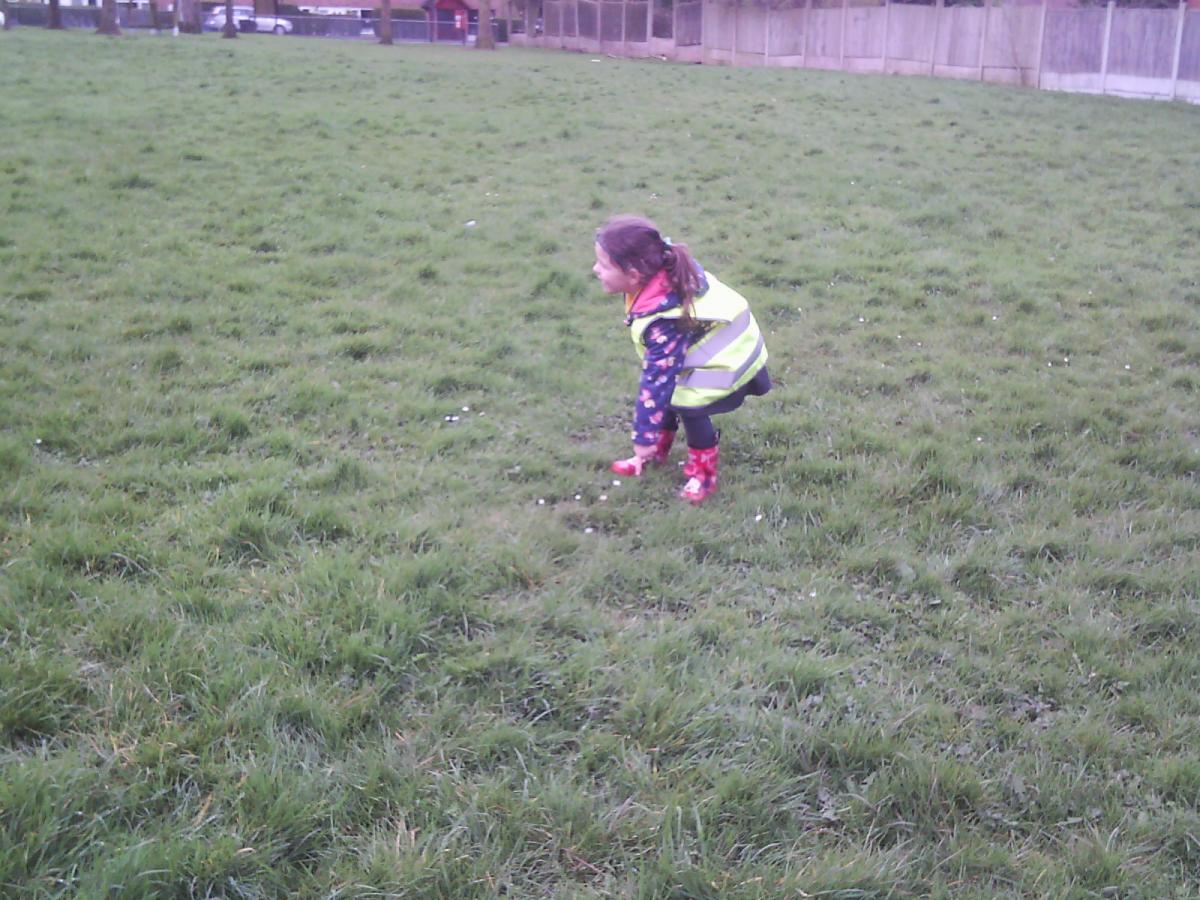 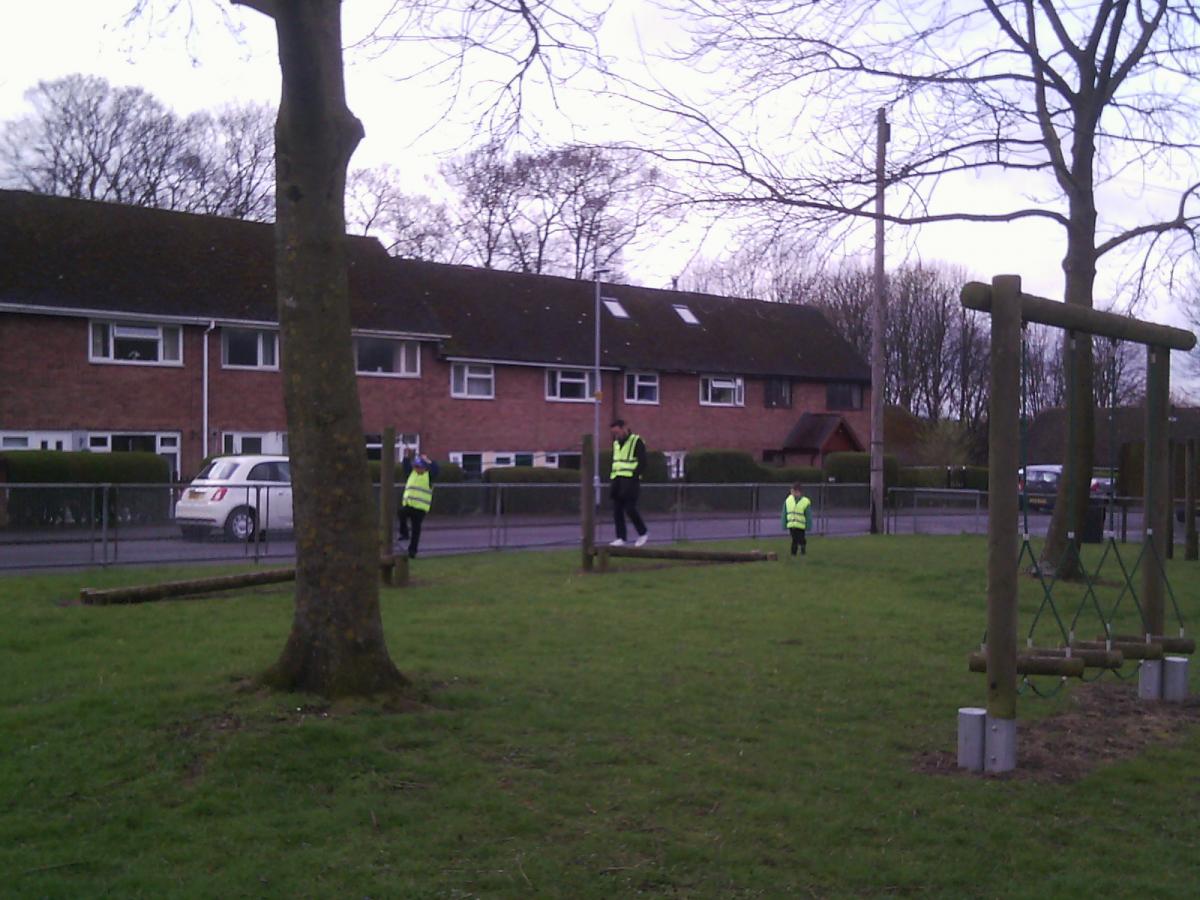 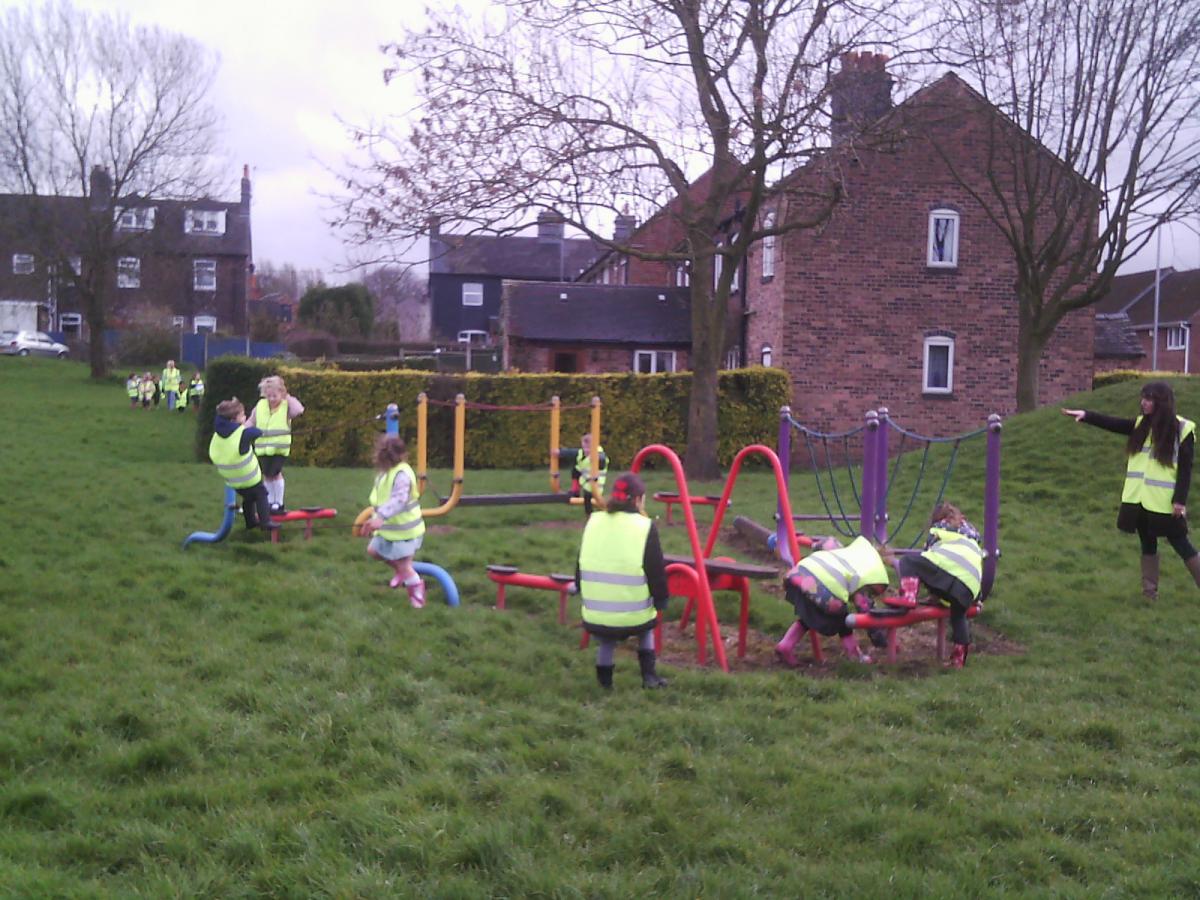 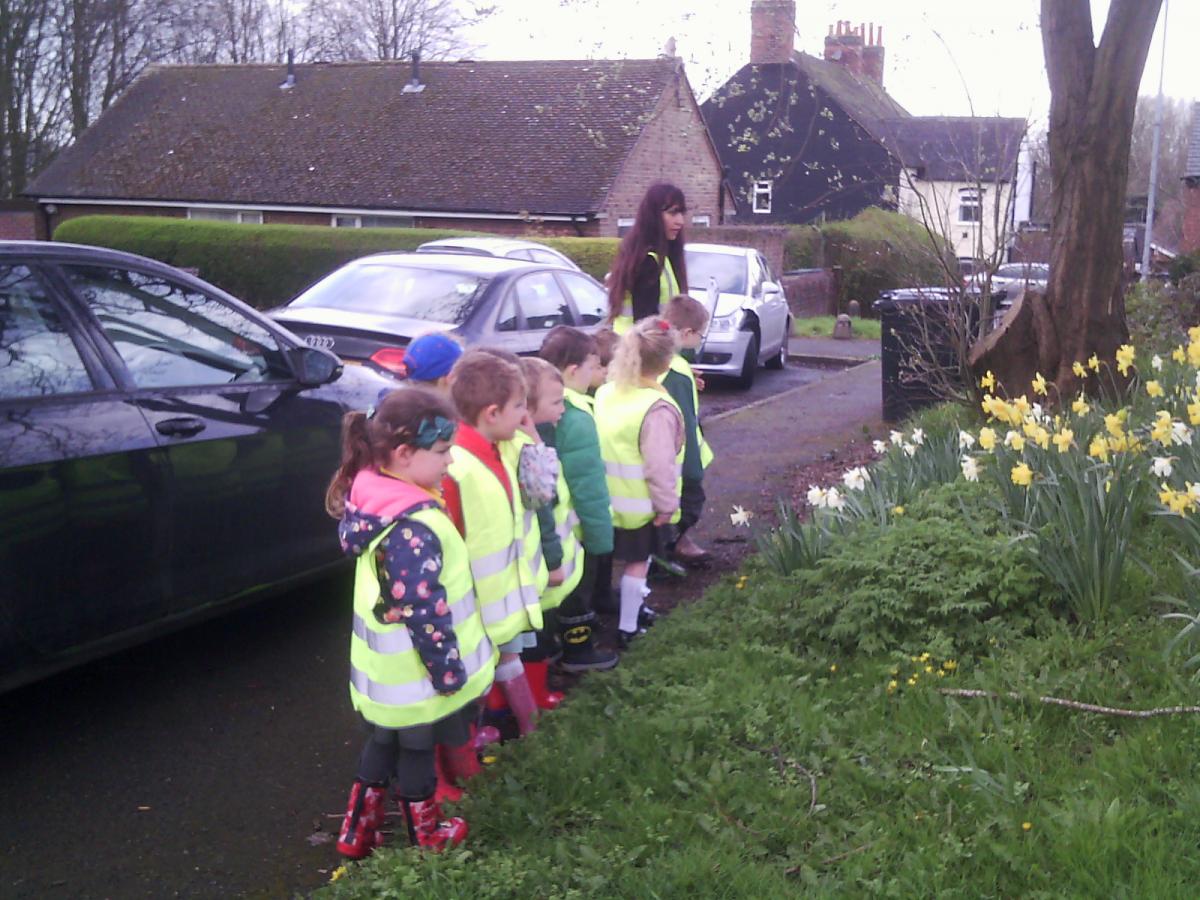 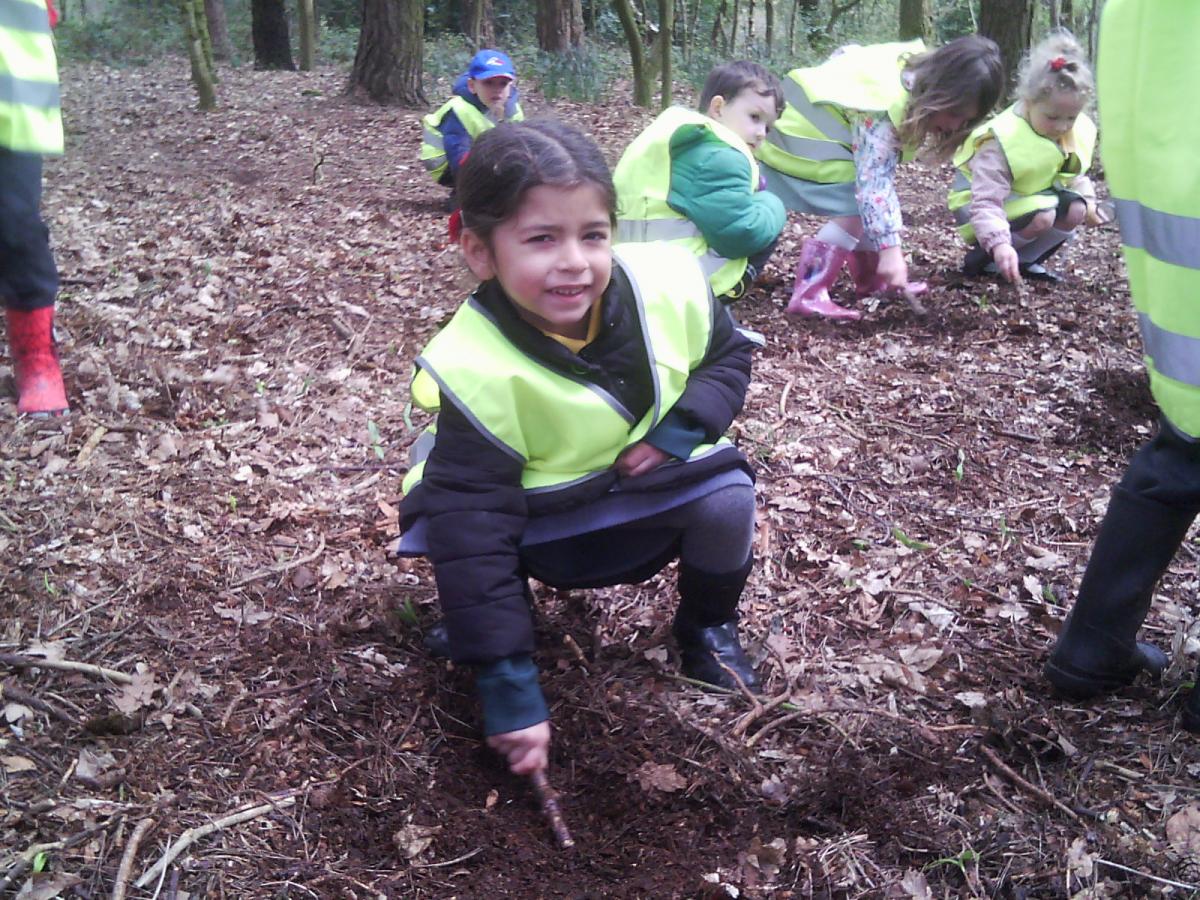 We all had lots of fun, whilst learning about the world around us.

We know about similarities and differences in relation to places and living things.

We talked about the features of the woodland environment and how it is different from other environments such as towns or beaches.

We discussed how the woods have changed now that Spring has sprung!

With a little bit of help, the children have also discovered that some people do not care for our environment by dropping litter! Reception have talked about the importance of throwing rubbish in the bin.

As a treat, the children were all allowed to play on the playground. They had a great time. However this was also an opportunity for them to practise their physical skills as they travelled over, under and around obstacles safely in the fresh air.

"I was so excited to find aladybird house!"  Bryce

"People should put their rubbish in the bin, because animals might eat it and be poorly and sick." B